Live production of the "McDonald's Charity Gala Germany" with talkmaster Thomas Gottschalk, Conchita Wurst and "The Zarelli's" as host in the RonaldMcDonald house.

The Equipment: 2 x system camera Sony HXC-FB80, 2 x Sony PDW700 with Teradek Bolt HDSDI wireless, Live connections to the RonaldMcDonald house were realised without SNG's regarded to the expensive costs for 2 complete days for tests and live show. Decided to use instead Haivision Makito X SRT encoder-decoder. The heart of live production in the Bayerischer Hof hall was an ATEM 4K 4M/E with an advanced panel and the LiveSkills TouchDirector app to control the ATEM SuperSource live. The live connection to the RonaldMcDonald house should be showed on the main stage LED screen in a butterfly pip, in which boxes the cameras should be switched live. This was only possible with the TouchDirector SuperSource Tab, in which can be switched, save and recall SuperSources live.

We tested also the TouchDirector version 1.5 with integrated WorldTally and extended Tally. Extendet Tally shows all switched sources, sourrounded with extra colors to mark source assigning to key, SuperSource or ME 2/3/4.
One WorldTally client was placed on iPhone in the RonaldMcDonald house to show the state of the ATEM switcher in the Bayerischer Hof hall.

WorldTally is a worldwide working Tally over Wifi/4G/5G system, drived from the TouchDirector app or from the stand alone WorldTally Master app. Clients could be iOS- and Android smart phones.

WorldTally integrates also voice output for the camera people, and a messenger to communicate between TouchDirector or WorldTally Master app and clients. WorldTally comes integrated in the TouchDirector app and as stand alone app. Using one WorldTally client is free, from 2 clients you need to buy a Tally session.

WorldTally is planned to release in December 2019. 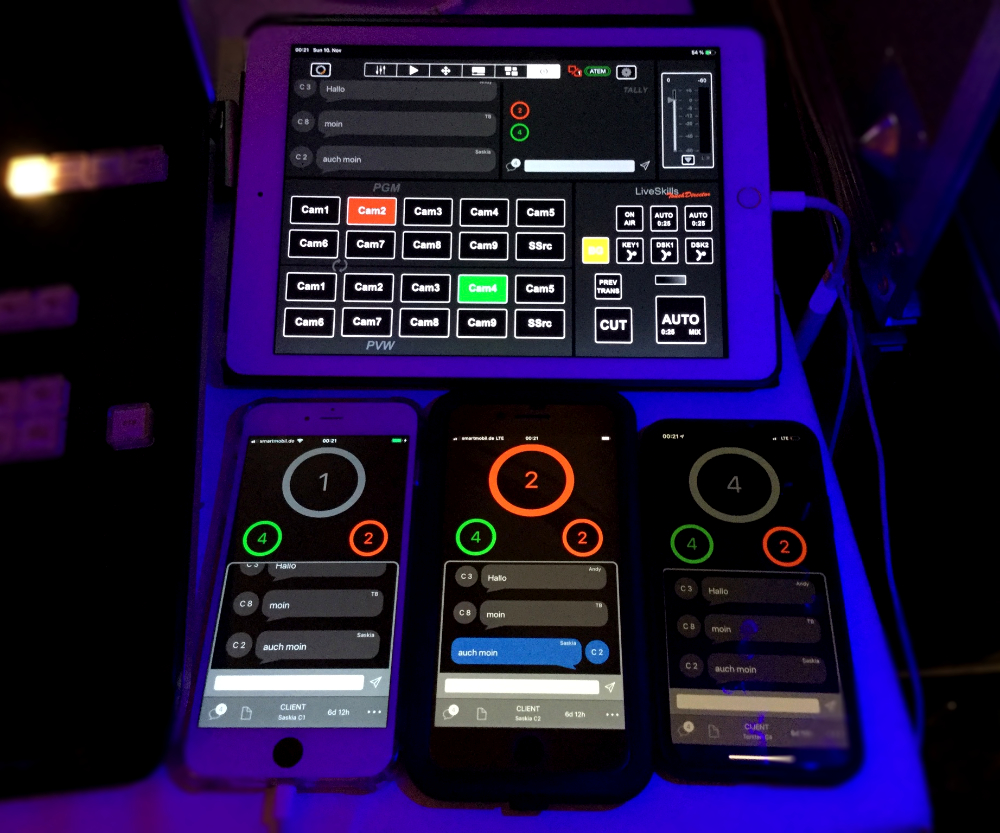 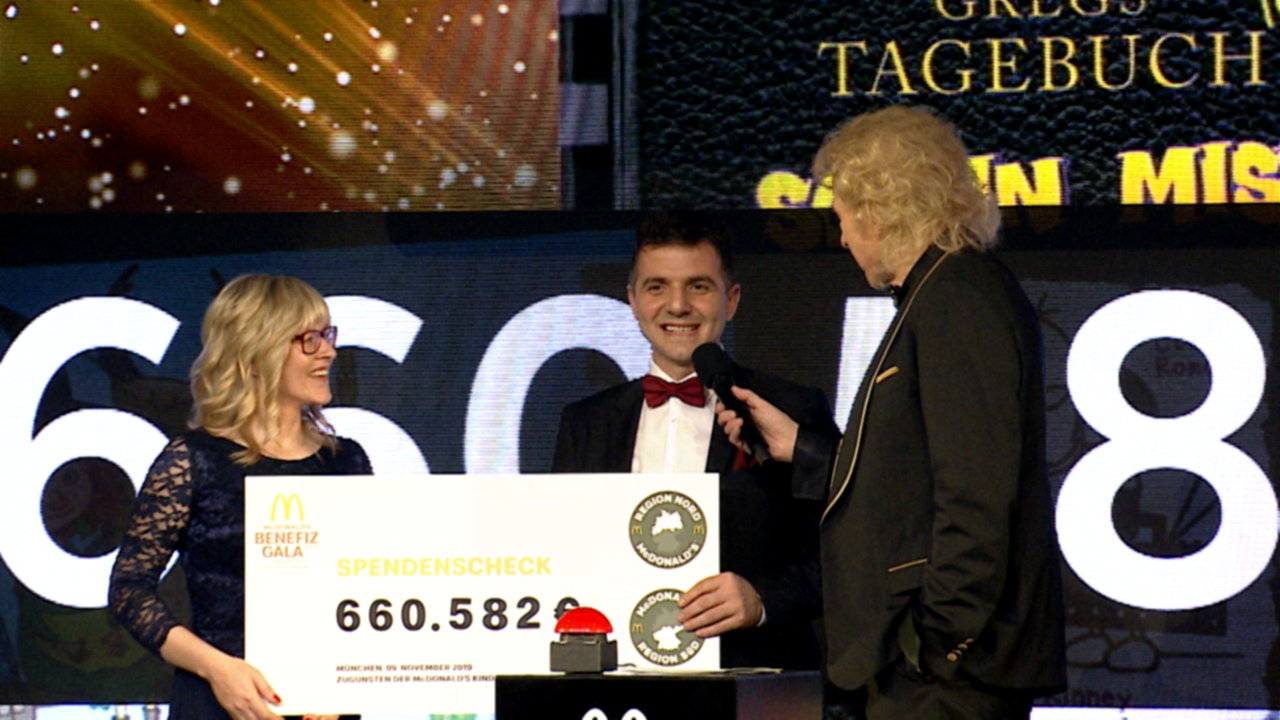 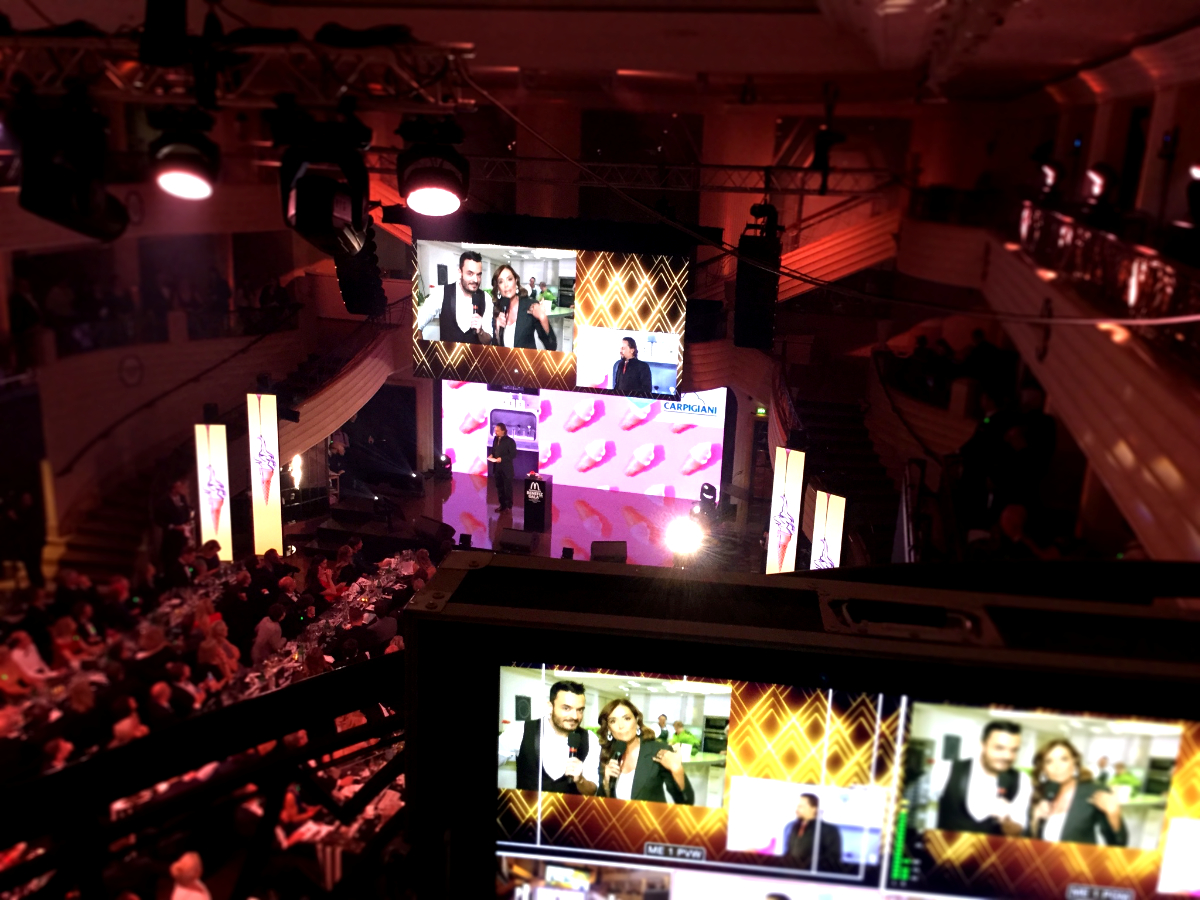 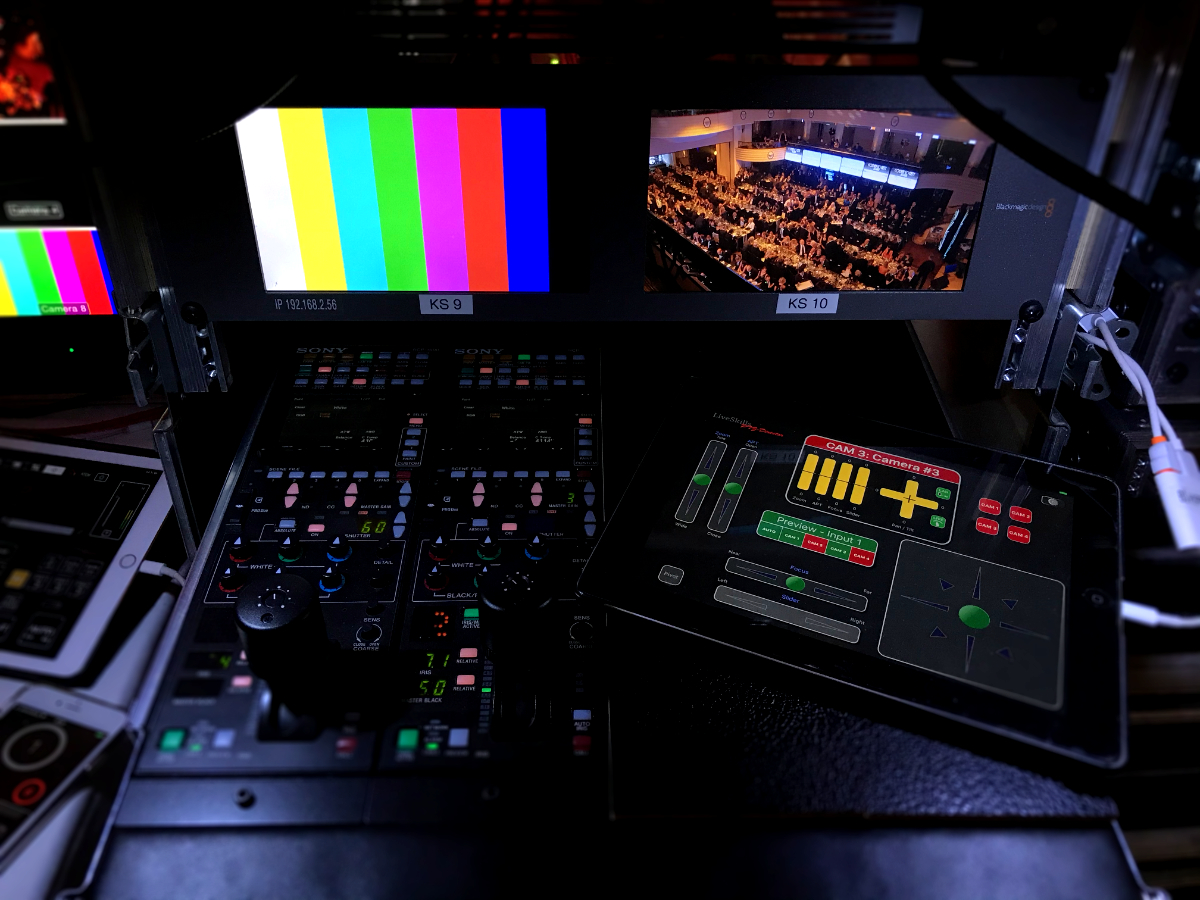 LiveSkills is dedicated to combine the power of broadcast equipment with the ease of use and the mobility of iOS devices. We have a long history in both, software development for iOS and macOS as well as broadcasting events to a worldwide audience. Our products have already proven their practicality in many live events and offer a low-cost, reliable and satisfying solution.